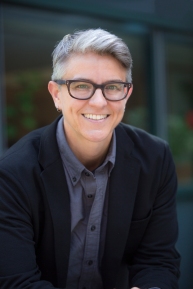 Sarah Bay-Cheng [pronounced Bay-JUNG, rhymes with “sung”] is the Dean of the School of the Arts, Media, Performance and Design at York University in Toronto, Canada. She was formerly Chair and Professor of Theater and Dance at Bowdoin College, teaching theater history and theory, dramatic literature, and intermedia performance. Her research focuses on the intersections among theater, performance, and media including histories of cinema, social media, and digital technologies in performance. She is the author/editor of 4 books, including Performance and Media: Taxonomies for a Changing Field (2015) and Mapping Intermediality in Performance (2010) as well as essays in Theater, Contemporary Theatre Review, and Theatre Journal, among others.

She is a co-host for On TAP: A Theatre and Performance Studies podcast. Bay-Cheng frequently lectures internationally and in 2015 was a Fulbright Visiting Scholar at Utrecht University in the Netherlands. She has served on the boards of Performance Studies international and the Association for Theatre in Higher Education, and is currently a member of the Executive Committee for the American Society for Theatre Research (ASTR). Bay-Cheng has also worked as a director and dramaturg with particular interest in intermedial collaborations and a fondness for puppetry.